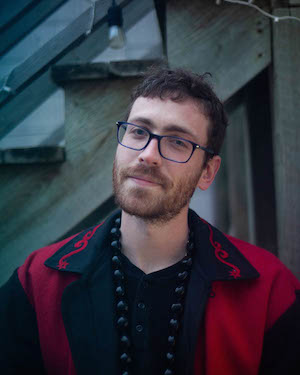 Eliot Rattle, born in the UK, moved to San Francisco in 1997. After graduating highschool, he attended Sarah Lawrence College in New York where his relationship with drawing and painting would develop alongside his interest in film history and analysis. During this time he completed a year-long program in Florence, Italy, where his exposure to Italian cinema and portraiture brought the face to the forefront of his work. After college, he returned to the bay area and spent a year working on his portfolio in order to apply to San Francisco Art Institute.  In 2013, he was accepted to SFAI, and here he began to treat faces more like abstract marks, isolating and reconnecting them over empty space to generate short stories of movement. Eliot Rattle has shown work in the Bay Area and abroad, including shows in Italy and London, recently completing an artist residency at the Journal Building in San Francisco.